When my husband Adam was in his twenties the doctors told him that he would never be able to father a child.

On August 24, 2018, Adam and I found out I was pregnant. The joy in the room when we received the great news was overwhelming! We were going to start a new chapter in our lives! We called our families to tell them the wonderful news.

On the morning of September 13, 2018, I started bleeding while at work. When I was unable to reach Adam or my mother, I called my dad. Dad listened to me as I cried and told me it was going to be okay. I wanted to believe him, but deep down I was worried.

When Adam called back, I told him what was happening, and that I wanted to go to the emergency room. My mom picked me up and we met Adam at the hospital. As they checked me in, all I could do was ask God for His peace. When they did the ultrasound, I knew it wasn’t good news. The doctor came in to tell us that our precious baby was measuring at five weeks instead of seven weeks. Our sweet baby was dying.

Our Girls Ministries annual event was on September 15, 2018. I could have stayed home, and everyone would have understood. I couldn’t let my Daisies and Prims down, so I put on some comfortable pajamas and headed to the church.

It was such a great night for our Girls Ministries. The girls were so on fire for God. Even though I was sad, I knew God was in control. He held me and gave me peace so I could be there for my girls. From what I was experiencing, though, I knew I was going to lose our sweet baby sometime during the night. I left the event around midnight to get home to Adam. I wasn’t home long before our sweet baby made the departure to our Heavenly Father. I melted into Adam’s arms, and he held me as we cried. We named our baby girl Faith. Faith was our first miracle, even though we never got to meet here on earth.

I had stood on 1 Samuel 1:27: “I prayed for this child, and the LORD has granted me what I asked of him.” I started to delete this verse that was on my phone and Adam said, “Our story isn’t over yet—keep it!” My husband reminded me that we needed to still stand on the Scripture God had given us.

On November 6, 2018, we had a revival at church. During his sermon the evangelist used the phrase: “Pregnant with a Promise.” Adam and I looked at each at the exact same time. The minister called me up for prayer and told me to let it all go. That night I surrendered all my feelings about our sweet baby Faith. When we got home, we decided to take a pregnancy test. When the two pink lines appeared, we were speechless. We found out I was pregnant again, and we knew this baby was our promised miracle. What Satan meant for bad, God made good!

On January 25, 2019, we found out we were having a girl. We decided to name her Hannah Sarai. The name Hannah was from 1 Samuel 1:27. Hannah petitioned God for a child and He gave her Samuel. We chose Sarai for her second name, after Abraham’s wife Sarah (previously known as Sarai) who was promised a child and God gave her Isaac (Genesis 17:15).

Hannah Sarai was born on June 11, 2019. God brought joy to my mourning! Hannah is our answered prayer from God. God performs miracles for His children. Hannah Sarai means “favored princess.” That is exactly what she is, a favored princess of God.

Psalm 30:5, NIV says, “Weeping may stay for the night, but rejoicing comes in the morning.” We are rejoicing because of the wonderful baby girl God has so miraculously given us! 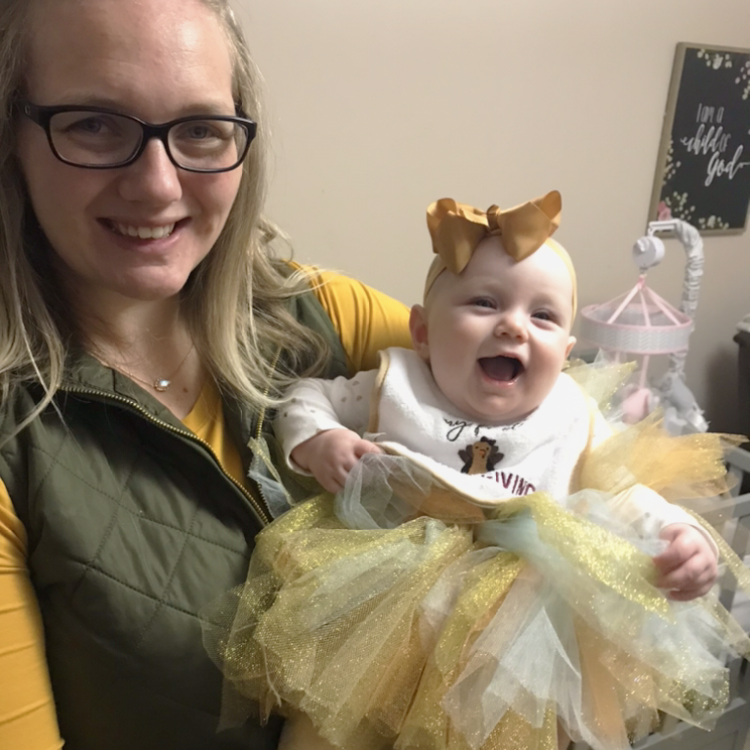